Mauritius is a fast developing country. People are always rushing. Most of them are not so concern about their eating habit. People are more prone to pre-cooked food or even fast food..!!!
We have so many fast fast outlet working so well..!!!! 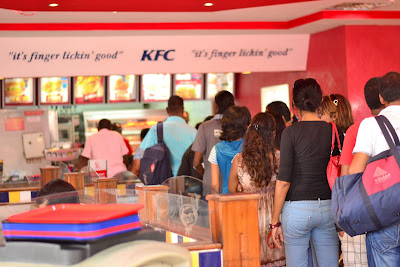 It has around 500 employers and have an estimated of 10,000 customer daily from its 18 outlets. These statistics definitely shows how the Mauritian people are fond of these fast food 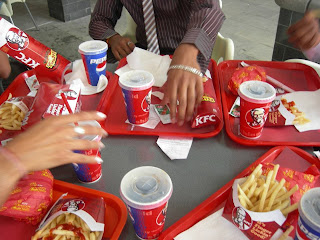 KFC is known all around Mauritius. Compare to other fast outlet KFC is more famous.
It is easily available and not so expensive. 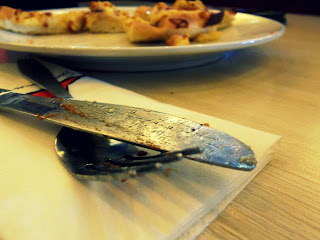 Pizza Hut also is keeping the trend as KFC. In Mauritius almost all cities have a Pizza Hut Outlet. It has an average of  7,000 customers per day.
[ still need to work so as to gain the same fame of kfc]


Mauritius is innovating at a high speed in the fast food business.In every cities or even some developing villages we surely find food courts with numerous fast food shops.

Caudan Waterfront open its door in 1996 offering to the public a wide complex having numerous shops and a large food court. You can get any thing you want to eat there from the traditional chicken kebab from Tropic to the classy Tikka masala from Namasté..!!!

These was only some examples but you can find numerous food complex as these all around the island. Surely heaven for food lovers..!!!!